You’re Only as Good as Your Cinnamon Roll Pancakes
Food
Warning: Use of undefined constant large - assumed 'large' (this will throw an Error in a future version of PHP) in /home/customer/www/thingsidtellmysister.com/public_html/wp-content/themes/sistermaya2018/single.php on line 116 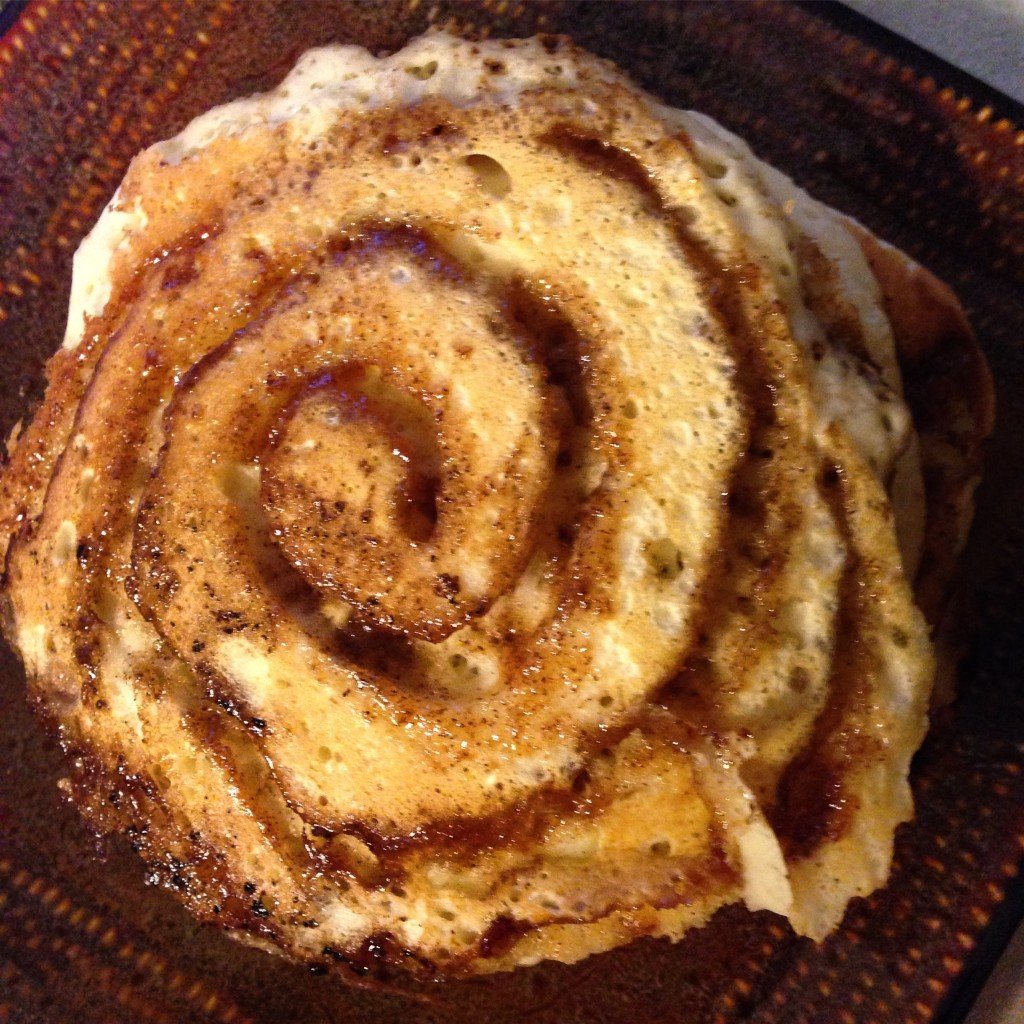 While I might be an only child, I have a handful of sisters-by-choice who have graciously allowed me to be Aunt Julie to their bundles of joy. I couldn’t be more thankful for the love, laughs and abundance of huggies and kissies they’ve brought into my life, but as far as they are concerned…I’m only as good as my cinnamon roll pancakes.

During one visit to see my friend, Debbie, and her crew of four, I decided that it was a great opportunity to test out some of the recipes I had been drooling over on Pinterest. One of those recipes was for cinnamon roll pancakes because why have a regular pancake when you can have one infused with butter, brown sugar and cinnamon? After some trial and error with the first batch, the pancakes were a smashing success!

In fact, there are times I think they’re more excited about me making these pancakes for them the next morning than they are to actually see me. Whatever. They’re happy and that makes me happy 🙂

So if you have little ones in your life that you need to bribe with awesome cinnamon roll pancakes or just like to overload on delicious and offer up something new, the recipe is as follows:

To make the cinnamon swirl, mix everything in a bowl making sure there are no lumps of brown sugar hiding anywhere and then pour it into your resealable bag and set aside. The mixture needs to thicken up a bit before you use it or else it will come out of the baggie too quickly and you will have a mess all over your pancakes and your counter. So, be smart and let it sit at room temperature for a few minutes while you prepare the rest. You know it’s ready when it’s not runny any more and you’ll know if you’ve let it sit out too long when it’s thick like icing because the butter has completely cooled. Should this happen, zap it in the microwave for 10 seconds.

To prepare the cream cheese glaze, melt the butter in a small saucepan on low heat. Remove from the burner and stir in the cream cheese until smooth. Sift the sugar into the pan – don’t just throw it all in, that’s how you get lumps! – and gently stir and add in the vanilla. Set aside.

If you don’t have cream cheese and just want a regular icing, mix the Icing – Option #2 ingredients in a bowl and set aside.

To prepare the pancake batter, combine the dry ingredients (flour, baking powder and salt) and whisk in the milk and egg. Do not over mix! Once everything looks well combined, it is….trust me! You can also use a prepared pancake mix or if you have a favorite recipe of your own, but I’ve found this particular recipe to be rather perfect for these pancakes. Whatever you do, make sure your batter isn’t too thin. You need thick, fluffy pancakes to help the cinnamon swirl stay in place and create the divot that makes it look like an actual cinnamon roll.

Time to make magic! Cook the pancakes as normal – flat pan, non-stick spray, medium-low heat, using a 1/4 cup measuring cup – and as you start to see the bubbles form letting you know the one side is almost ready, snip the corner of your cinnamon swirl baggie and make your swirl starting in the middle, working your way out and careful to avoid the edges. 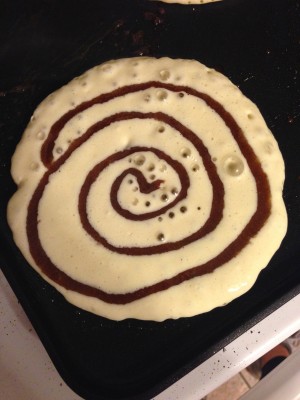 When your pancake is properly bubbly, carefully flip it with a wide spatula and finish cooking. You will need to wipe the pan of excess butter and brown sugar after each round of pancakes unless you like burnt – and I don’t mean crispy bits of deliciousness, I mean burnt – sugar on your pancakes.

If you are so inclined to use the glaze/icing, make a stack of pancakes cinnamon swirl side up and use a fork (or resealable bag like with the cinnamon swirl) to drizzle on top. I’d also advise that if you are a creature of habit and drown your pancakes in syrup, to do so sparingly. These pancakes are more than sweet enough on their own!

Another bit of advice, I usually double the pancake batter recipe, but have found that I do not need to double the cinnamon swirl recipe. Also, make sure you actually make the swirl. One time I decided to change it up and bit and make hearts with their initials instead and had a sweet little face come over to me and say, “…but Aunt Julie, I wanted the kind with the swirl.” I’ll just hashtag that one #pancakeproblems

next post
Biscuits Tastes Better with Butter...and Sugar and Cinnamon 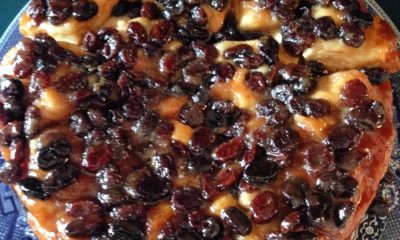 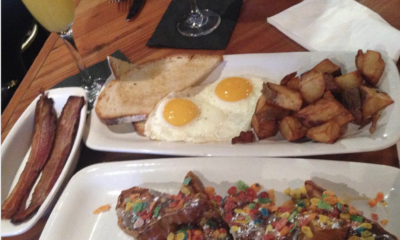