Sportsmanship On International Stage
Personal Growth • Relationships
Warning: Use of undefined constant large - assumed 'large' (this will throw an Error in a future version of PHP) in /home/customer/www/thingsidtellmysister.com/public_html/wp-content/themes/sistermaya2018/single.php on line 116 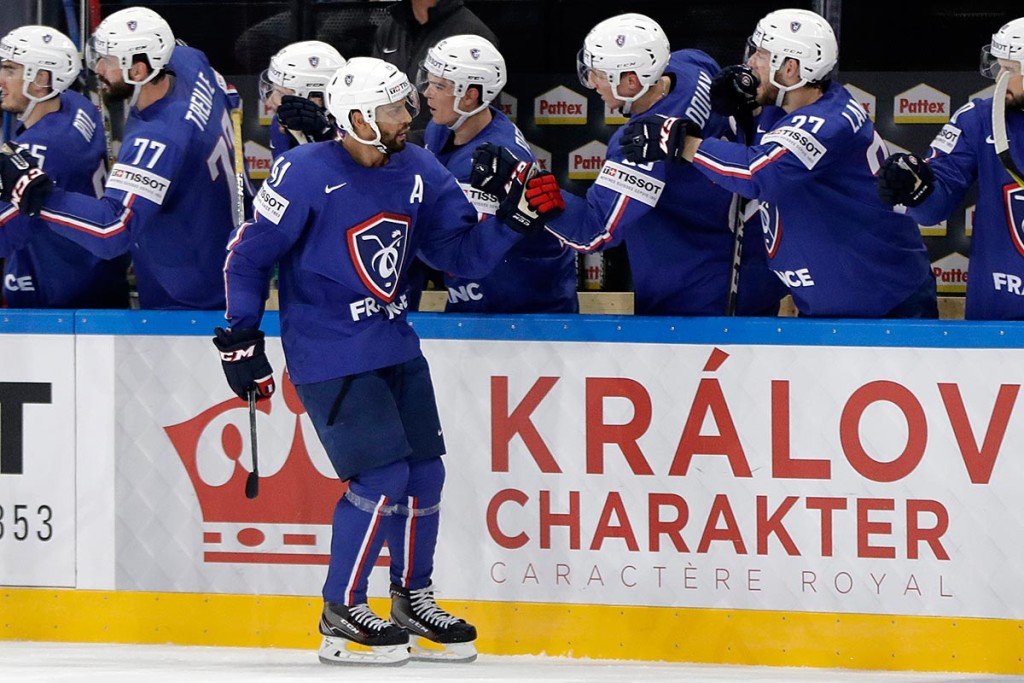 If you’ve been paying attention or following me on twitter, you’d know that I’m in Europe covering the 2017 IIHF World Championship which is co-hosted this year by Germany and France. It’s one of my favorite events to cover because the fans are so amazing, the hockey is next level and I get to travel to Europe. Throw in some amazing sports moments – like last year when Hungary earned their first tournament win in 77 years – and it’s a win all around.

At AccorHotels Arena in Paris on Sunday night we got to experience one of those moments as France, who is not known for it’s hockey players and struggles to stay in the top division of the tournament, defeated Finland, who is a perennial powerhouse and earned the silver medal at this tournament last year, for the first time ever (eight games over the years). The final score was 5-1, goaltender Florian Hardy made 42 saves on the night and the home crowd was loving every second of it.

After every IIHF game, a player from each team is selected as Player of the Game. I’ve been told they’re chosen by the national federations, but after this experience, I’m not sure how that’s possible. With the fans chanting Hardy’s name, Pierre-Edouard Bellemare, who had a goal and an assist in the game, was announced as Player of the Game. The fans booed and Bellemare, who was standing near Hardy, immediately tried to convince Hardy to go up instead of him, but he refused. So Bellemare skated over to Luc Tardif, the president of the French Ice Hockey Federation who was handing out the award, and asked if Hardy could receive it instead. Here’s how it unfolded on international TV:

Great moment as Pierre-Édouard Bellemare rejects the player of game award and gives it to goalie Florian Hardy (41 saves). #IIHFWorldspic.twitter.com/ZgTnilY1Yl

It’s moments like this tremendous display of sportsmanship and humility that make athletes such great role models. Bellemare did have a tremendous game and plays a huge role in the success of Team France and was certainly worthy of the award, but he said after the game that he didn’t even hear his name called because there was no doubt in his mind that it belonged to Hardy.

“There was no way I was going to take that prize. He deserved every bit of it and more,” Bellemare said.

So while this might give you an abundance of warm and fuzzies about what it means to be a great teammate, be sure to use it as a reminder to always reward the exceptional efforts of others whether it be your parents, friends, a loved one, a co-worker or even a stranger, regardless of how it compares to our own efforts. We all deserve some love, recognition and validation, especially when we’ve gone above and beyond to earn it.