Anne Frank House
Books • Personal Growth • Travel
Warning: Use of undefined constant large - assumed 'large' (this will throw an Error in a future version of PHP) in /home/customer/www/thingsidtellmysister.com/public_html/wp-content/themes/sistermaya2018/single.php on line 116 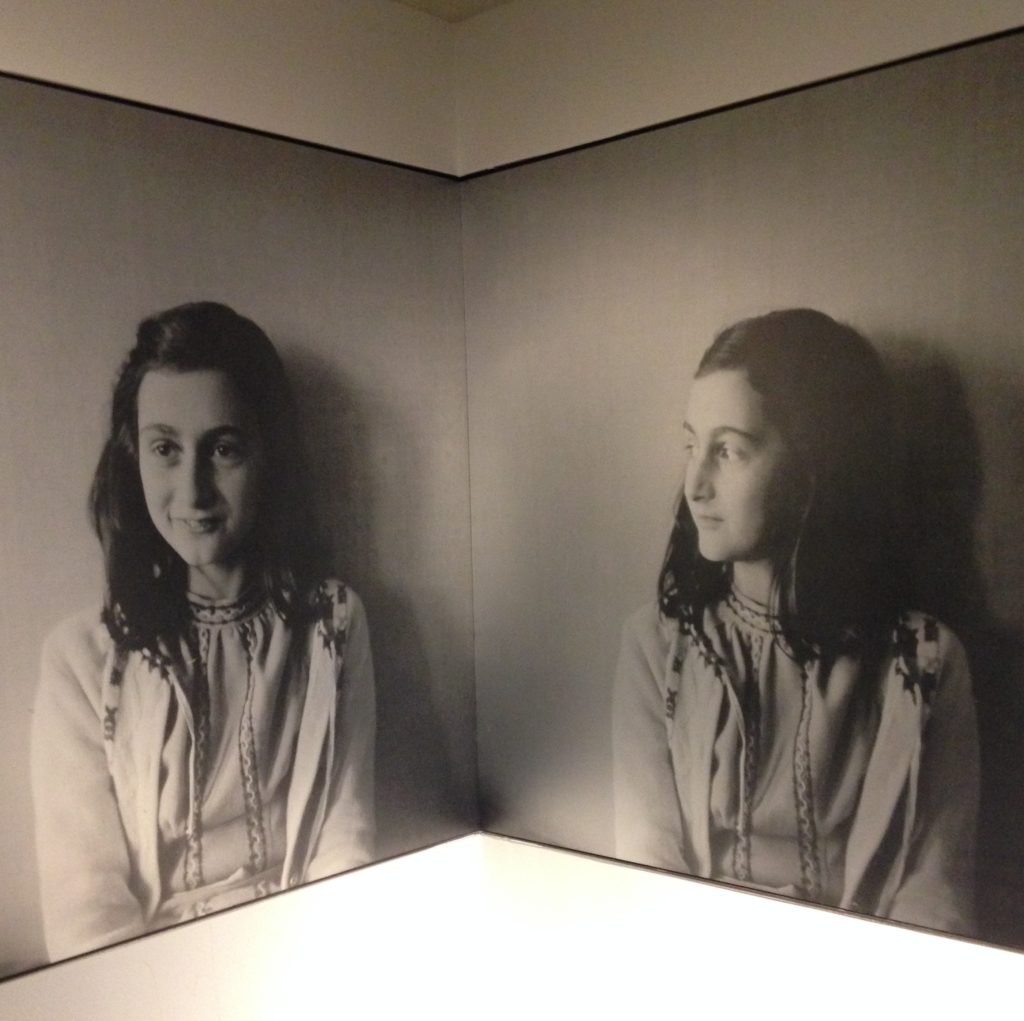 As you know, I’m presently on a little European adventure and earlier this week I was in Amsterdam. (It’s a beautiful city and you should go.) While I was there, I visited Anne Frank House – where she, her family, the van Pels and Fritz Pfeffer hid from the Nazis for two years – and was completely inspired by the ambition and attitude of the 13-year-old.

Having visited Auschwitz two years ago and cried an absolute river while I was touring the facility, I was prepared to feel the sadness of their situation, but I wasn’t prepared to feel the joy and zest for life Anne displayed in her, now world famous, diary that she kept while hiding in the Annex above the offices of her father’s business.

She wrote about her day-to-day life in the Annex like what her sister Margot did to bother her that day or what their food options were due to the various issues that come with providing food for eight people in hiding while strict rations were in effect. She wrote about her opinions of the Nazis, what was happening in the world and what she’d like to do once she was free to walk the streets as a Jewish girl without fear. She wrote short stories, some fictional, some based on the people and/or experiences in her own life. She wrote or edited her work nearly every day and, throughout it all, she never wavered in her faith or belief that she’d be able to achieve each and every one of the goals and dreams she expressed in those pages.

I was completely awestruck and, frankly, quite pissed the world was denied the privilege of reading and hearing more from her as she grew into what I’m sure would have been a tremendous woman. Based on the excerpts highlighted throughout the museum, Anne Frank was insightful, compassionate, genuine, clever, and determined.

She was also a normal teenager who taped pictures of her favorite movie stars on the walls of her room and butt heads with her parents and had big, huge goals for herself once she was able to leave the annex…

I want to be useful or bring enjoyment to all people, even those I’ve never met. I want to go on living even after my death! And that’s why I’m so grateful to God for having given me this gift, which I can use to develop myself and to express all that’s inside me!         ~ Anne Frank, April 5, 1944

…making the religious discrimination and persecution that occurred under Nazi regime all that more devastating. Anne Frank and the words in her diary put an innocent face and a bold personality to those that died in the Holocaust and it’s yet another reminder to live life to the absolute fullest, not only for our own selfish reasons, but in honor of those that aren’t able to.

When her father – the only survivor of those hiding in the annex – returned to Amsterdam and was given Anne’s diary – one of the few things not taken or destroyed in the raid on the annex – he discovered his daughter’s passion for writing as he read every page as part of his grieving process. In it, she repeatedly wrote about how she’d like to be an author or a journalist and her father decided to find a publisher for her diary and make her dreams come true. Two years later, “The Annex” was first published in the Netherlands and then in Germany, France, the United Kingdom, the United States and has now been translated into over 60 languages as “The Diary of a Young Girl”.

Anne Frank will live forever and impact hundreds of thousands of more lives than I’m sure she ever thought possible when she wrote those words on April 5, 1944. With over a million annual visitors to Anne Frank House and more than 30 million copies of her diary sold worldwide, I can’t be the only one she has inspired to do and be more and I can’t wait to read her diary in it’s entirety once I get home and be even more inspired to pursue life with reckless abandon and live out my wildest dreams.